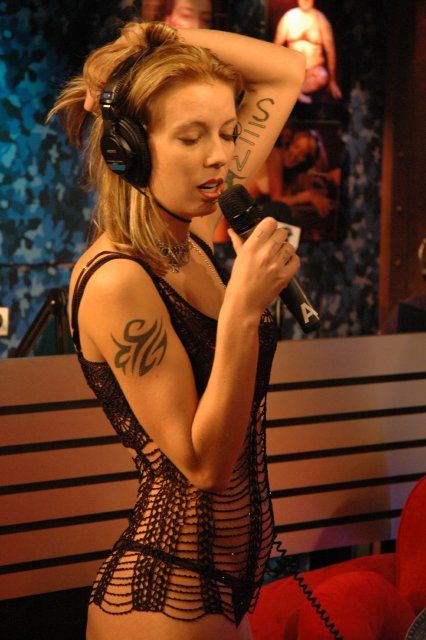 After reporting that she’ll do anything with her johns except anal sex, Misty mentioned that she thinks all non-marital sex acts should cost men $200, regardless of the woman. Misty went on to explain that, if this practice was followed, more people would agree to get married in order to avoid paying the $200 charge for intercourse. Misty added that she plans on trying to find some customers while she’s in New York, but that she wasn’t sure how she’s going to go about it. Howard responded that Misty would be able to attract more clients if she didn’t have so many tattoos. Misty responded that she knew Howard didn’t like tattoos, so she wasn’t surprised at his reaction. However, Howard proceeded to showcase his own tattoos for Misty, before pointing out that he just didn’t like how many she had. Howard then told Misty that she seemed nice, but believed that she needed professional help.