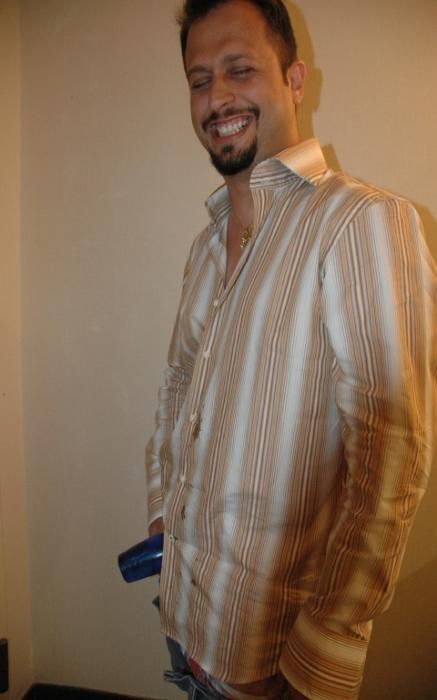 Howard brought up that Sal the Stockbroker got caught masturbating in his studio on Friday by Thom, one of the engineers at SIRIUS. As Sal came into the studio to talk about the incident, Howard mentioned that, since he wants to keep the SIRIUS portion of the building clean, he’d be forced to fire Sal if he didn’t stop such behavior. Sal then explained that, while everyone from the show was at the St. Patrick Day’s Parade on Friday, he locked himself in the studio he shares with Richard, and popped in a porno called “50 and Still Humming.” Sal said his pants were down while he was watching the movie, and that, since he had his headphones on, he didn’t hear Thom unlock and open the door. After Sal explained that Thom was coming into the studio because he needed to fix his computer, he claimed that he learned a lesson from the experience and that he was embarrassed by it. To get Thom’s reaction to the event, Howard got him on the line. However, Thom reported that he didn’t know why Howard wanted to talk him and, once he found out the reason, admitted that he didn’t know Sal was pleasuring himself at the time of their encounter. Although Howard commented that he felt Sal was making up the story, Sal insisted he wasn’t. Sal went on to point out that he’s now “on probation” for something Thom didn’t even realize he was doing.