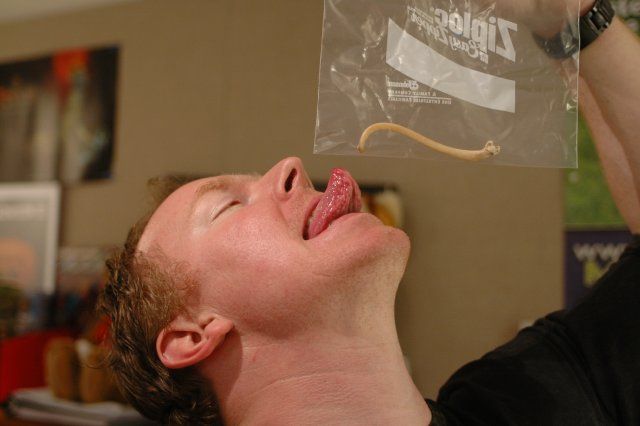 During Robin’s news, Howard commented that he loves the messages Richard’s dad leaves him, and proceeded to play one. In the clip, Richard’s dad thanked his son for sending him two cheesecakes, before wondering if he wanted him to send Richard “an Arkansas toothpick,” which Richard explained was actually a raccoon’s penis. When Howard saw the “Arkansas toothpick” that Richard’s dad sent him, he said that the particular animal from which the penis was taken must’ve been “the John Holmes of raccoons,” noting that he thought the penis was bigger than his.