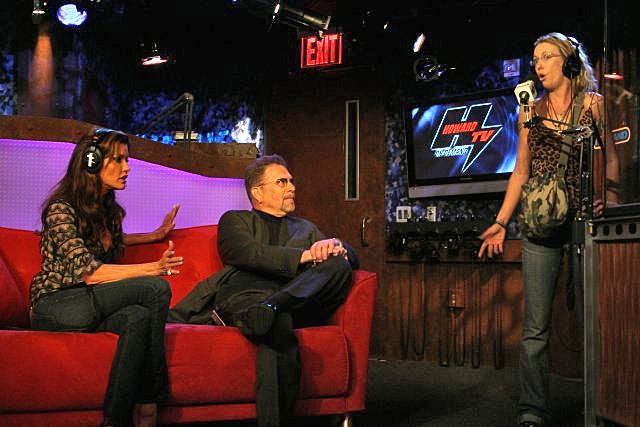 Photo: The Howard Stern Show
In the next tape, which took place last month, Janice Dickinson came into the studio to criticize Misty the Prostitute’s parenting skills. After Janice showed Howard drawings of penises that Misty’s young daughter made while in the green room waiting for her mother, Misty, who thinks she is Jesus, came in and insisted she is a good mother. In fact, Misty pointed out the drawings her daughter made that morning might not have been as bad as originally thought, explaining they may have been cigars and not penises. After the clip, Jon said that, because he found Janice “so freakin’ hypocritical” when it came to giving advice about how to raise kids and how she actually brought up hers, he took Misty’s side in the argument.
Previous Show Next Show