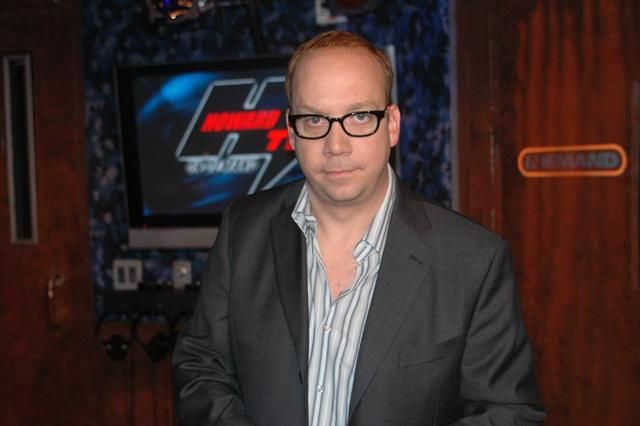 As Paul Giamatti came into the studio, Howard recalled he didn’t pay much attention to him when he played Pig Virus in “Private Parts” because he was an unknown actor at the time. Paul replied he had some of “the most fun” he ever had while on the set of “Private Parts” while acknowledging his life has gotten “much better” since his career took off after the film.

Howard brought up how M. Night Shyamalan, who was on the show yesterday, called Paul “the greatest living actor” during his interview, and how Night was also nervous because Paul didn’t accept his role in “Lady in the Water” until two days after he received the script. Paul responded he did, in fact, hold out for more money for his part in “Lady in the Water,” and added it was his biggest payday prior to other movies he’s done since then.

Howard mentioned Paul made out with Virginia Madsen in “Sideways,” and Paul informed him he was given permission by her to touch her breasts during the scene, although he said it was hard to spot him doing so in the movie. Paul went on to note his costar in “Lady in the Water,” Bryce Dallas Howard, was scantily clad throughout the picture, but he didn’t see her naked.

Paul claimed he wasn’t upset about not winning an Oscar for Best Supporting Actor this year for his role as Joe Gould in “Cinderella Man,” mostly because he didn’t like the idea of getting in front of the crowd to deliver his speech. Robin then pointed out she felt the bigger snub Paul experienced was when he wasn’t even nominated for his part in “Sideways,” but he informed her he didn’t think he deserved a nomination for that film. Paul proceeded to talk to Howard about the acceptance speech he had been preparing in case he had won the Oscar for “Cinderella Man,” including the fact that he was set to thank him for helping him get his career started.

Paul said he lives in Brooklyn, and he didn’t have plans to move to Los Angeles permanently because he didn’t have “any reason to.” Paul then reported he doesn’t have any superstar friends, but admitted women often “come on” to him because of his stardom. To illustrate his point, Paul explained women, many of whom he noted are young extras, approach him and give him their phone numbers on movie sets, although he usually ends up giving them to other men.

Paul recalled he was most tempted by a publicist who showed him around England while he was there shooting a movie. However, Paul noted he has never cheated on his wife, and he would never do so because he didn’t want his marriage to be harmed. Paul did add, though, he didn’t feel lap dances constituted cheating, before saying he had sex with 12 women prior to meeting the woman who became his wife when he was 25.