Mark Harris Is Coming Back to Life

Mark Harris Is Coming Back to Life 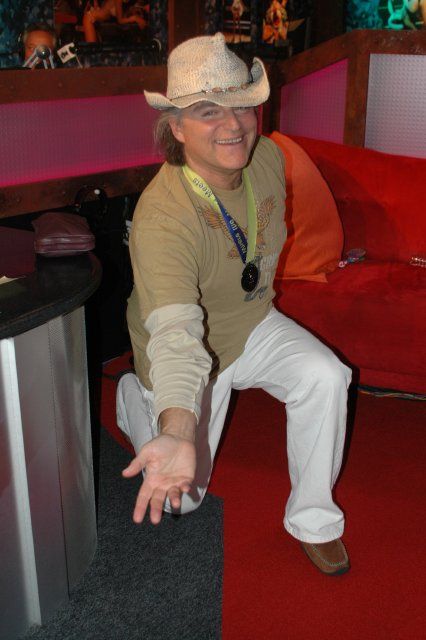 As Mark Harris made his way into the studio, Howard reported he gained weight since his last appearance, and also changed his hair style as well. Mark acknowledged he was “bloated” and stopped cutting his hair, and wouldn’t deny Howard’s claim that he could no longer get a boyfriend because of his physique.

Mark then reported he was diagnosed in January with advanced cardiac disease, and, during a treatment session, he claimed he died. Mark explained he knew he passed away because he was in “a deep sleep” and was dreaming of his parents, but Howard noted those facts alone didn’t mean he was actually deceased.

Mark added, though, the doctor began yelling for him to “stay with him” when he was in his state, while also encouraging him to stay alive because he “needed to do another Howard Stern show.” This led Howard to point out it was his name that brought Mark back to life, which he took as a compliment. Because of his near-death experience, Mark announced he was no longer pitching shows to Howard or anyone in Hollywood. Mark also mentioned his ex-boyfriend, Boris, had a tumor on his brain, and that two of his other close friends were “seriously ill” as well, although he assured Howard he wasn’t “bad luck.”

Mark noted he attended the Gay Games earlier this month for Mancow’s show, and he was there the day Mancow discovered he was being cancelled in his Chicago market. Mark added he didn’t know why Mancow was fired, but ended up doing another program for him, even though he was in only “four markets” at the time. When Howard asked Mark why he thought Mancow was let go from his Chicago radio station, he responded he felt it was because his program was “too juvenile.”

Since today was Mark’s first day in the SIRIUS studio, Howard detailed his history for new listeners, namely that he married Martha Raye when she was 75 years old just so he could get her fortune. After reporting the details of his life, Howard said he didn’t think Mark ever had sex with Martha, both because of her advanced age when they met, as well as because he was gay.

However, Mark swore on the lives of his children that he did have a physical relationship with Martha, which Howard acknowledged made his story more believable. Artie commented, though, while he believed Mark “liked” Martha, he doubted they ever had sex with each other. Before he left, Howard told Mark about the show, “Gay Father Knows Best,” he had in the works for him, to which Mark replied, “I’ll believe it when I see it.”

Following the interview, Howard admitted he was depressed listening to Mark because, to him, it seemed like he had given up his dream of making it in show business. However, Gary got on his intercom and told Howard he thought Mark would be back to his old self after he got used to the medication he was taking for his heart condition.