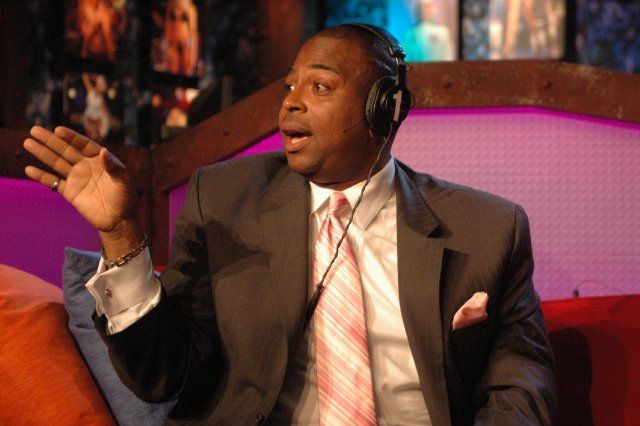 Photo: The Howard Stern Show
When King of All Blacks came into the studio, he mentioned he spent some time in a hospital because of his diabetes recently. King then mentioned he had to lose 70 pounds in order to deal with the disease, adding, since last week, all he consumed was salad, baked chicken and water. King went on to note he was retiring from the garbage-collecting business next year, when he’ll move to Atlanta to be around “more sophisticated black people.” King then explained his black friends from New Jersey were jealous of his wealth, while he considered “Atlanta blacks” to be more “upper chelant,” which Howard pointed out was actually pronounced “upper echelons.” King said he also planned on opening a chain of laundromats in Atlanta, with an emphasis on the Mexican communities because “they liked doing laundry” more than other types of people.
Previous Show Next Show