Rappin’ Granny Now Knows What a Penis Looks Like

Snider Versus the Sponge

Snider Versus the Sponge 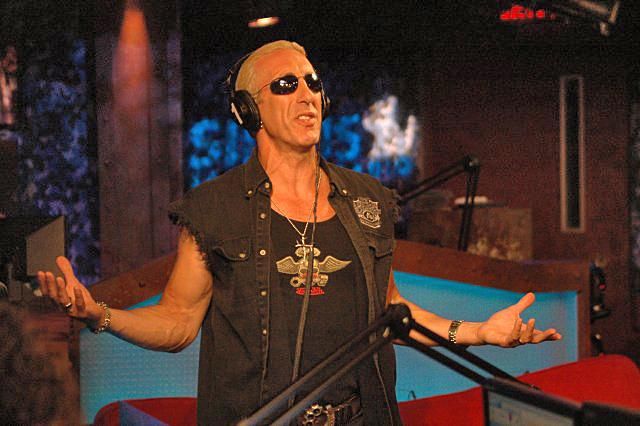 Dee Snider came into the studio to confront Bubba the Love Sponge, claiming he didn’t know who Bubba was prior to Bubba replacing him in Hartford, while adding there wasn’t a feud between them because he never spoke badly about Bubba. When Bubba and his manager, Brent, entered the studio as well, Dee had to ask which of them was Bubba, which Bubba promptly did. Bubba went on to admit he didn’t have any real animosity toward Dee when he took over for him in 2002, but still decided to make fun of him with song parodies because of what he called “the nature of the radio business.”

Bubba and Brent presented what they thought Dee’s ratings were the year he was fired, which they claimed went from an 8.2 to a 5.3 to a 3.8 in the spring, summer and fall, respectively. However, Dee commented those numbers couldn’t have been right, explaining he was fired from his show in August, and therefore couldn’t have had any fall ratings. When Dee claimed the 3.8 rating was actually what Bubba’s show earned that fall, Bubba responded he didn’t care what Dee said, pointing out he still had his own show before referring to Dee as “a leotard away from being Elliott Offen.”

Dee mentioned he was fired from his job in Hartford because of a contract dispute, and had Howard read a letter from the station’s general manager that proved his point. Dee added he felt Bubba “sided with management” in Hartford by making negative comments about him, and also noted he never said a bad word about him, mostly because he didn’t have a radio show to voice his opinions in the first place. However, Brent didn’t think Dee was telling the truth, and accused him of badmouthing Bubba when he made his first appearance on SIRIUS this spring. As Bubba went on to question Dee’s morning show credentials, he responded by admitting he never claimed to be “the king of radio,” but again pointed out he wasn’t fired over his ratings, and was actually offered another contract.

Bubba told Dee he wanted to put aside any discussion about ratings, and proceeded to tell him he thought what hurt his radio career in Hartford was that he acted like “a prima Donna,” which Dee acknowledged was probably true. Howard then said he was disappointed Bubba and Dee didn’t get along, before adding he had been hoping they had actually fought because he wanted to see Ronnie the Limo Driver try to break it up. Bubba replied he’d be willing to fight Dee, and insisted he hadn’t gained weight as Howard though he had. When Artie mentioned he thought Bubba was starting to look like him, he stood next to Artie so they could compare their physiques. Upon seeing them together, Howard still felt Artie was bigger than Bubba. After taking a number of calls from listeners, some of whom sided with Dee and some who backed Bubba, Dee offered to shake Bubba’s hand, and Bubba accepted the gesture.