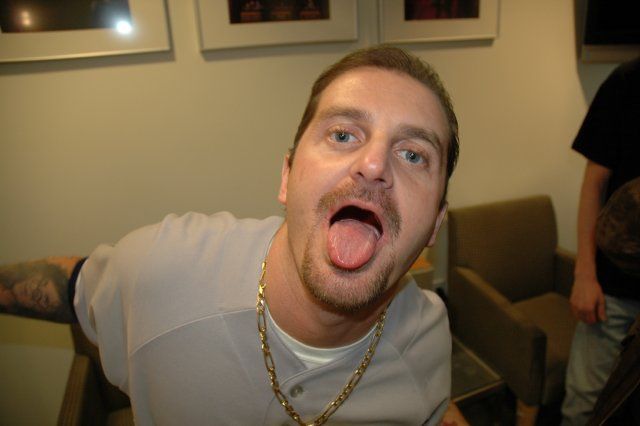 Howard began today discussing the following topics: • Howard talked about the California DJs who were fired after the contest they held – called “Hold Your Wee for a Wii,” in which contestants kept drinking water to see who could hold it in the longest in an attempt to win the game console – ended up killing a woman who drank too much water. Howard noted he didn’t think the $300 prize was worth the trouble for anyone who took part – even if the woman hadn’t died –comparing it to the $5,000 prizes his show gave away on a regular basis. Howard also pointed out he didn’t think the DJs should’ve lost their jobs, explaining he thought the executives at the station knew about the contest, but, like the DJs, were unaware of the dangers as well. • Howard said, yet again, he was tired this morning because of the noise the heating system in his apartment was making. After Artie commented he was surprised that Howard was experiencing this kind of problem given how nice his apartment was, Howard explained that the “banging” sound in the pipes in his apartment wouldn’t stop, even if he had the heat completely turned off. Artie went on to note he usually needed noise – like a fan – in order to sleep, but Robin said Howard’s case was different because the heating system wasn’t a constant sound, which she felt made it difficult to sleep through. Howard then took a number of calls on the topic, including one from Double A, who claimed he was in the process of leaving a club with “two hot Russians” at the time he was on the air. However, as Double A continued to brag and suggest people “live everyday like it’s Friday,” Howard pointed out that not everyone inherited money like Double A did, and hung up on him because he was drunk. • Howard read an article about Lindsay Lohan, who has apparently checked herself into rehab once again. Although Howard thought this news was “hot,” Robin thought Lindsay looked like she was 40 years old thanks to her lifestyle. Howard also commented that there was a picture of Kate Moss in the New York Post this morning as well that he found attractive, Artie added that, for him, the devil would be “Kate Moss with cocaine willing to f’ him.” • Howard read another story, this one about the psychic Sylvia Browne, and the fact that she had informed the parents of the boy, Shawn Hornbeck, who recently escaped from his kidnapper in Missouri, was, in fact, dead shortly after his disappearance. This led Howard to acknowledge how grateful he was that he wasn’t as gullible as some people, adding watching the hopefuls on “American Idol” proved his theory about the intelligence of most people. Howard proceeded to criticize Montel Williams, who he said had Sylvia on his show every Wednesday. Howard then played a clip from “Montel,” of Sylvia insisting to a woman in the audience that her brother’s death involved water, even though the woman informed Sylvia that he’d died in the World Trade Center on September 11. Despite the information, Sylvia continued to claim the man died in water, and added his death may have had something to do with the hoses used that day.