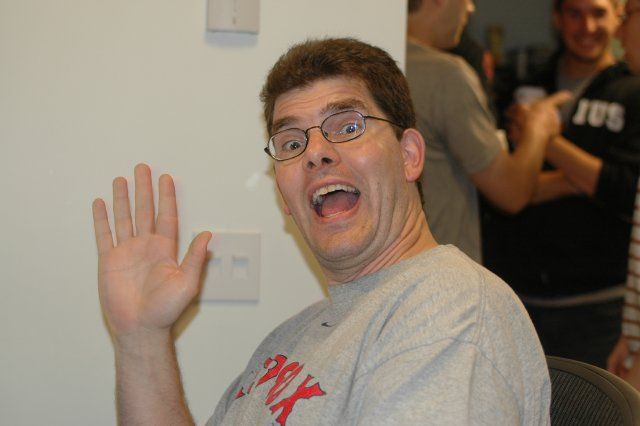 Howard took some calls for Janice, including one from Ralph who said he felt she was “a great guest,” adding that Jon Hein thought the exact opposite way.

Janice then requested that Jon come into the studio, which he did, and explained he didn’t like her as a guest because he didn’t believe she “acted real” when she was there. When Jon saw Janice in her underwear, though, he admitted he liked her “a lot better,” and that his opinion of her would improve even more if she agreed to get naked.

However, Janice refused to go through with Jon’s request – even though everyone told her that Jon was a millionaire. Janice went on to say she’d had her “salad tossed” a number of times, and that she returned the favor on a few of her partners as well. Another caller asked Janice if she’d have sex with Artie seeing as she wanted to be with John Belushi, and she said she’d think about it. Janice added that, if she had six weeks, she could get Artie to lose weight.

Richard came into the studio to ask Janice how her “muff” was holding up given all the sex she’s had, and she responded she had “a perfect, orchid flower” down there.

Janice also noted she once slept with Jon Lovitz, but that he now had “a hot Chinese girlfriend.” Janice then claimed she had sex with a celebrity last night, but she wouldn’t divulge who the man was, although she did say he was “in film” and was an A-lister.

When Howard doubted Janice’s claim, she swore on her children’s lives that she was telling the truth. Howard next insisted he wouldn’t have sex with Janice if he were single, and it was because he feared her personality and the possibility that she’d reveal information about him.

Janice responded, though, that she’d be willing to sign a disclaimer to be with Howard, which he admitted changed his opinion on the matter.