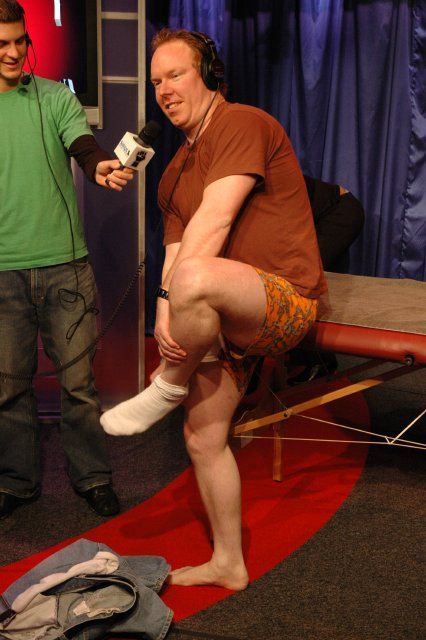 Richard came into the studio to report he was on the toilet yesterday and, in the middle of it, discovered he didn’t have any toilet paper. Given this, Richard resorted to using one of his socks as toilet paper, and that he carefully threw it away in his apartment’s dumpster when he was done. Richard added, though, that he didn’t take a shower afterwards, explaining he felt the cloth provided for “a better wipe” than toilet paper would have.