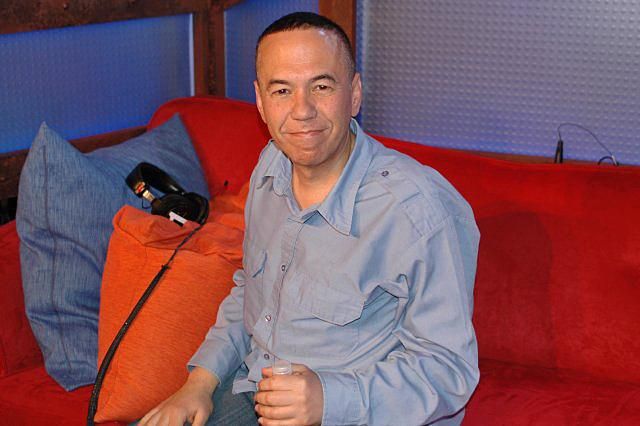 Howard said he took Beth and one of his daughters to eat at Nobu before a Knicks game this weekend, and that they ran into Gilbert Gottfried while they were there. Howard then described his interaction with Gilbert, and how awkward he was when Gilbert saw Beth and was introduced to his daughter.

Howard also reported seeing Gilbert’s pregnant fiancée at the restaurant, and admitted he couldn’t figure out, given how “cute” he she is, what she was doing with Gilbert.