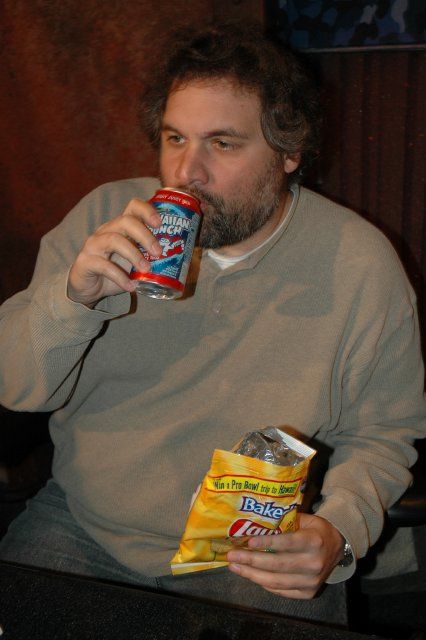 Howard brought up that Artie had a Hawaiian Punch on his desk this morning even though he said he was giving up soda yesterday.

Artie claimed he knew Hawaiian Punch was as bad for him as soda, but that not drinking soda was just the first baby step he was taking to become healthier. Artie went on to acknowledge he was feeling pressure this morning because he was making his second appearance on “Letterman” tonight.

Despite this, Artie added he read that Matt Lauer was the other guest on the program tonight, which he admitted made him less nervous because he didn’t think Matt would be difficult to follow. Artie also pointed out his stomach was so big that he had difficulty putting on a condom a few weeks ago. Upon hearing that, Howard informed Artie he thought it was time for him to take Hawaiian Punch out of his diet as well.