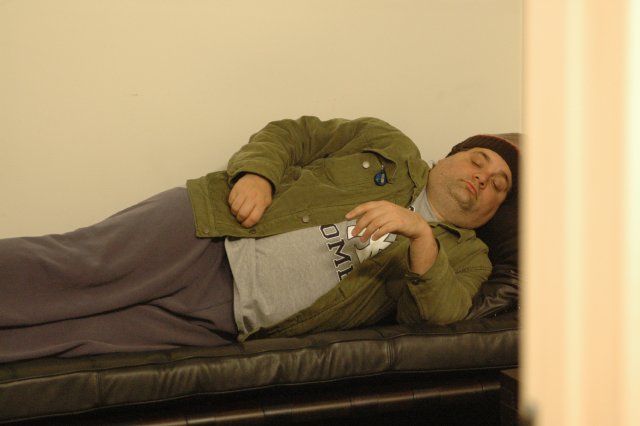 The show began with yet another voicemail from Artie, this one assuring Howard there was “nothing sinister” going on, but he was sick once again and would therefore miss his third day of work out of the last four.

After Artie promised he’d be in tomorrow, Robin claimed she wasn’t surprised by the news because he has a gig this weekend in Las Vegas. Howard then played a clip from yesterday’s “Wrap Up Show,” of a truck driver insisting he’d just been passed on the road by the supposedly sick Artie, and, when the trucker gave details about the car he’d seen, there was a long pause before Gary said he didn’t think there was anything to the story.

Howard then compared a clip of Artie calling into work this morning – a day he was sick – to one he left back when he was really was on drugs. Following the tapes, Howard noted he still thought Artie was sick this week and not on drugs, but admitted his voice sounded similar in all the clips.

Look at the Signs

Jessica Hahn called to say she thought Artie should be tested for drugs, and recommended Howard call him this morning to see how he was. However, Howard replied he wasn’t going to wake Artie up, and certainly wasn’t going to make him take a drug test. After Howard insisted he thought Artie really was sick and not on drugs, Robin pointed out she’d noticed an increase in the number of drug-related stories Artie has been telling lately, so she wasn’t sure what she believed.