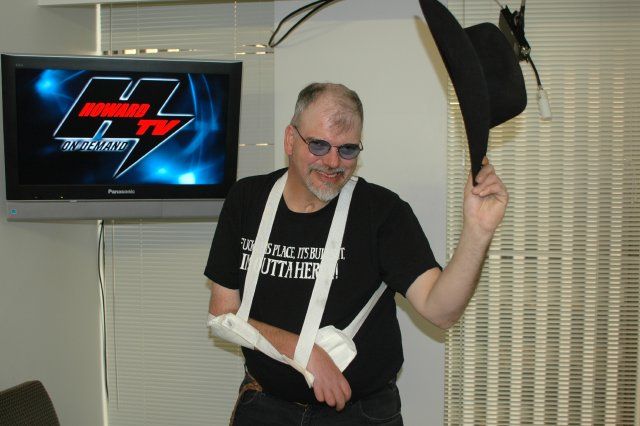 Jeff the Drunk called in to say he was still working as the “backdoorman” at the grocery store he started working at several months ago, and that he had every Wednesday off. Jeff then reported the store changed owners recently, but the new owner has personally assured him he’d be able to keep his job.

Howard responded by saying he was happy to hear Jeff still had his job, and advised him not to tell his new employer about the existence of door stops.