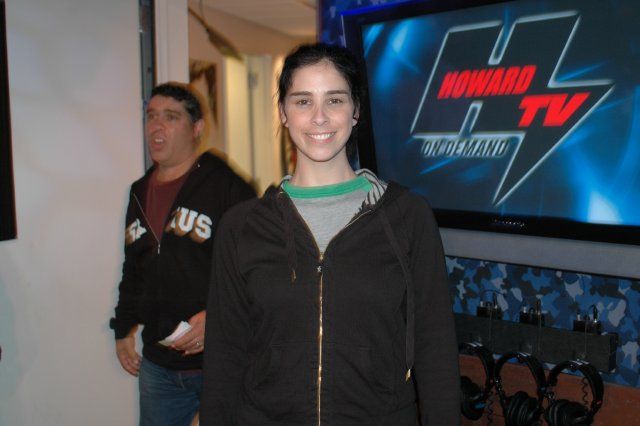 Sarah Silverman stopped by to promote her new show on Comedy Central and told the crew about making fun of Paris Hilton the night she was headed to prison. Howard asked Sarah if she felt bad about what she’s said about Britney or Paris, but Sarah said she was fine with it – it was the camera in Paris’ face trying to get her reaction that she felt bad about. Sarah added that there was “no point in getting out there to do soft jokes.” Howard asked Sarah if she was upset about recently being mistaken for Melissa Rivers, so Sarah explained that it wouldn’t be nice to say yes. Sarah confessed that she was curious about the smell of Richard’s balls and would like to smell them, so Richard came in, but had to apologize to her; he showered last night. Sarah came up with a game: Sal will smell Richard’s balls and write down a description and Sarah will do the same. Howard will then read the descriptions to see how close they are. Howard announced that they’ll play the game on Wednesday.