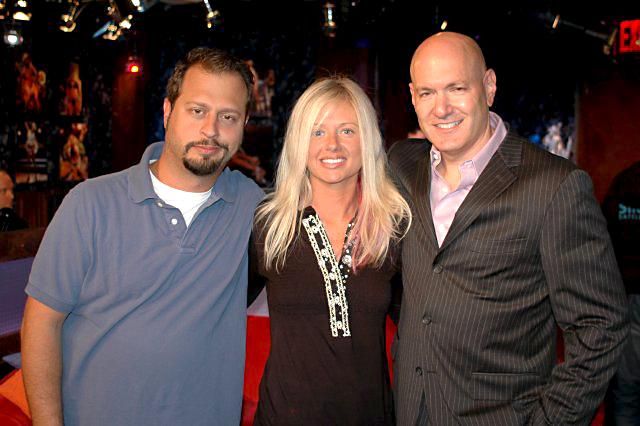 Photo: The Howard Stern Show
Artie said he would have difficulty dealing with the sight of his father kissing another woman, and Sal admitted that it was; he even watched his mother beat up one of the women. Howard asked Sal if he really talked to Christine after yesterday’s therapy session, so Sal explained that she thinks all their problems lie with him. Artie said he felt bad for Sal, and Robin remarked that neither Sal nor Christine knew what was going on or how to do better. Howard confessed that he goes to his psychiatrist regularly because he feels that something is missing from his life. Joey Boots called up to ask who was getting the money from yesterday’s “The Heartbreak Kid” plugs, so Howard and Sal explained that he and Christine got $10,000 for the segment. Joey remarked that payment invalidated Christine’s sincerity, but Howard said no one really thinks their marriage can be fixed on the radio.
Previous Show Next Show