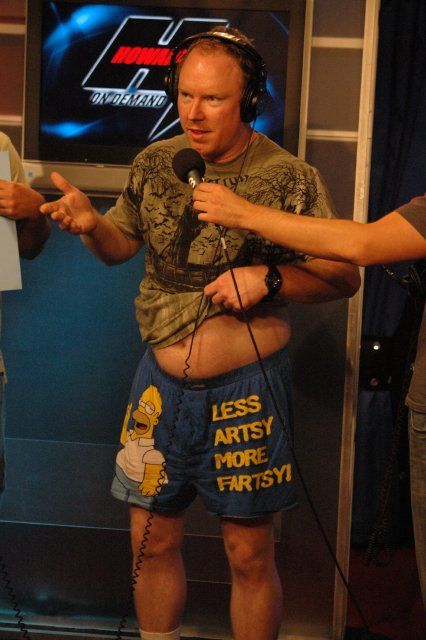 Artie noted that Richard has been “preparing” for Sarah Silverman’s return today by not showering and taking “steaming shits.” Howard explained that he was meticulous about cleaning himself, which made it hard for him to understand how Richard could stand being so filthy. Richard came in to say that he was really excited to have Sarah smell his balls, adding that he’s been trying to be as disgusting as possible over the last two days. Gary came in to show the crew some footage Richard filmed for HowardTV about the exercise routine he’s been doing to prepare for Sarah’s olfactory investigation, and everyone laughed as they watched Richard’s penis slap against his belly as he exercised. Richard said his balls were “gross as hell” when he smelled them this morning, so Robin remarked that Sarah was brave to do this stunt right before she was supposed to go on “The View.”