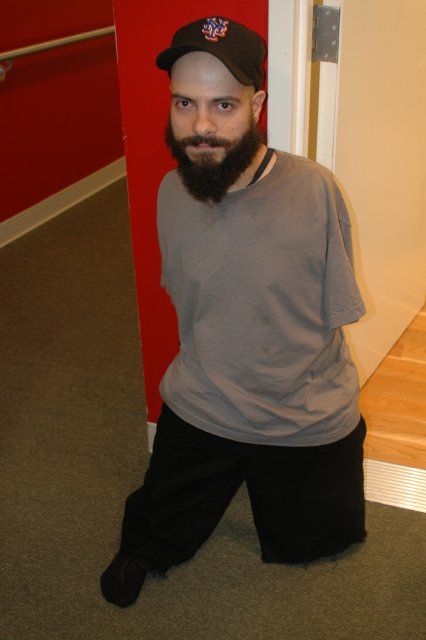 Howard asked Artie if he really took Armless Gianni on the road as he had promised to last week, so Artie explained that Armless Gianni came to his gig in New Hampshire. JD came in to say he had to take care of Armless Gianni on the trip, but it was difficult, as he was getting over a cold and got annoyed by the fans. JD reported that Armless Gianni was “necking” with a girl at the bar, and some girls approached him as well, but he wasn’t feeling well enough to make out with them. JD then told the crew that he did a “set” at Artie’s gig, but the crowd just wanted him to do his whooping laugh. Howard asked JD what else he did in front of the audience, so JD told him that he also joked about just getting back from banging a whore that Artie had procured for him. Howard remarked that he was glad to see JD’s “set” was growing with every appearance, even if he was stealing Ronnie’s shtick.