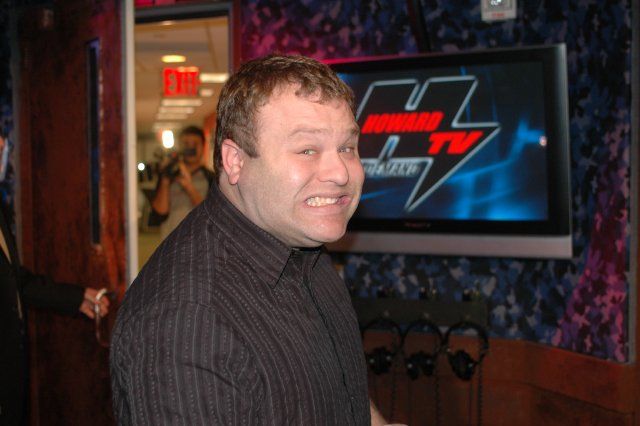 Frank Caliendo stopped by to promote his new show, “Frank TV,” and told the crew that he started doing impressions when he was a little kid. Howard asked if Frank used to get beat up for mocking others, but Frank replied that he had few problems, as he was the same size as a kid as he is now. Frank then did an impression of Jay Leno, so Howard jumped at the opportunity to level with “Jay” about his frustrations with him. Frank walked the gang through his Al Pacino impressions – from young to old – and told a story about riding in a van with Howie Long and Terry Bradshaw. Howard asked Frank if he ever tried out for “Saturday Night Live,” so Frank explained that since he wasn’t personally “discovered” by Lorne Michaels – instead, he was presented by the network – he didn’t want to be that guy on the cast.

Frank noted that he couldn’t do an impression of Chris Rock on his show because he felt it was too racist to do in make-up. Howard asked about any of the other impressions Frank used sparingly, so Frank did his “Charles Barkley.” A caller said she wanted to kill Frank after promos for “Frank TV” aired every few seconds during the baseball playoffs, but Frank countered that the promos made him want to kill himself too.

Howard and Artie wondered what Frank thought of being on “Mad TV,” and Frank said he never really felt comfortable there. Howard thought “Mad TV” would’ve let Frank run wild, but Frank said they purposefully skew toward a younger audience. Frank then told the crew that the staff at the show’s prop department tried to use Artie’s old head mold to make masks for him, but it was a bit too large. Artie laughed that it would’ve gotten Frank high anyway.