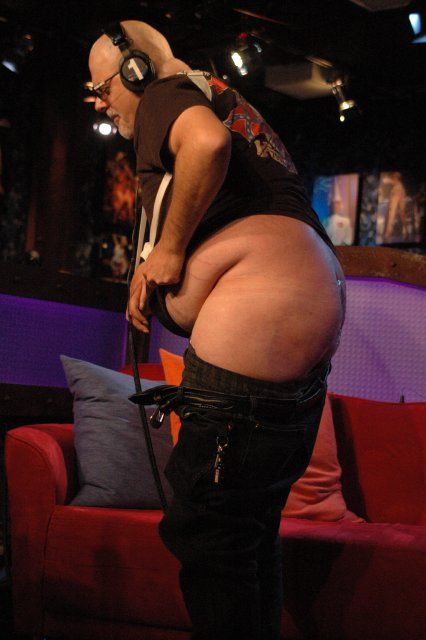 Howard played a message from Jeff the Drunk, who was angry about being left on hold all morning yesterday, leading Artie to note that he was glad Howard hadn’t pick up Jeff’s calls, as Jeff would have only made “that annoying click-click sound.” Jeff then called in to say he was “all healed up” from his ass surgery, but no one really believed him. Howard asked Jeff about yesterday, and Jeff confessed he didn’t do much other than call in to the show. Gary suggested that Jeff get a job in phone sales, but Jeff claimed he was too fat to get a job, as he can’t even fit into his jeans. Howard then suggested that Jeff get some $20 jeans from Target to accommodate his expanding size.