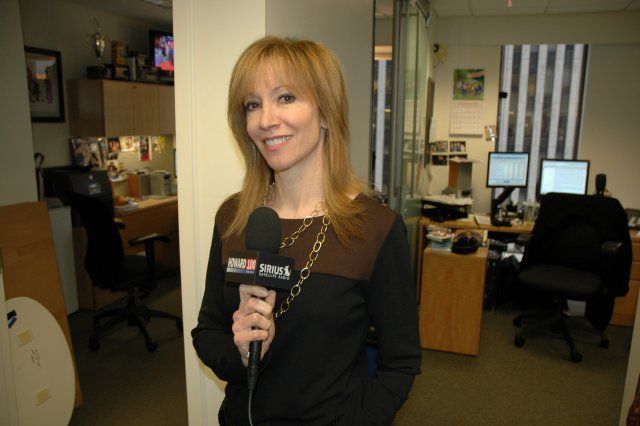 Lisa G came in with the morning’s headlines, and Howard remarked that the guys were speculating about Lisa’s love for Howard on the Wrap-Up Show. Gary came in to ask Lisa if she would date Howard were he to ask her out, and Lisa said “of course.” Ronnie also came in, noting that Lisa fawns over every “brilliant” thing Howard says. Ronnie added that Lisa seems to love Howard even more than Sal, but all Lisa would say was that she has “good taste.” Howard asked Lisa if she ever thought about him while she pleasured herself, but Lisa denied it and claimed she just “admired” Howard. Gary explained that Lisa’s fantasy doesn’t seem to be sexual so much as about a wedding and life with Howard. Howard wondered if Lisa would like to be Beth, but Lisa said no. Gary then said he thought Lisa was being deceptive, as he’s seen Lisa’s detailed drawing of Beth’s ring.

Robin remarked she was glad Lisa was finally being accused of loving Howard, as she’s had to put up with such allegations for years. Howard told Robin that, while he didn’t think Lisa was in love with him, he did believe Robin was. Robin replied that she loved Howard, but was not “in love” with him. Howard didn’t believe her, noting the difference between the way she looks at him and the way Lisa looks at him, as Robin’s gaze was obviously that of a “smitten” woman.