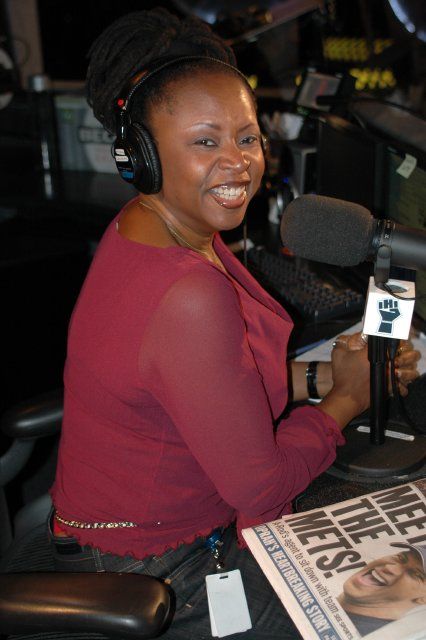 Howard came back from break, and Robin wasn’t around, so Gary explained that Robin was making a drink in her office. When she got back, Robin confessed that she was mixing up a concoction of Superfood, raw cocoa, banana, and pomegranate concentrate with her Magic Bullet. Howard laughed at the thought of “Superfood,” so Fred explained that Superfood was “green algae-looking shit.” Howard told Robin that the Superfood must be working, as her ass was shrinking, so Robin got up to show the crew that even her skinny jeans were getting too big. Robin laughed that she always used to think someone was following her, but when she turned her head, she’d realize it was just her ass sticking out. While Howard was talking to Robin, he asked if she’d seen Jim Florentine again, so Robin claimed they’d only gone out the two times. Howard then asked Robin why she was so secretive, and Robin replied that she just wanted to lead a “normal life” and not have to discuss every date.