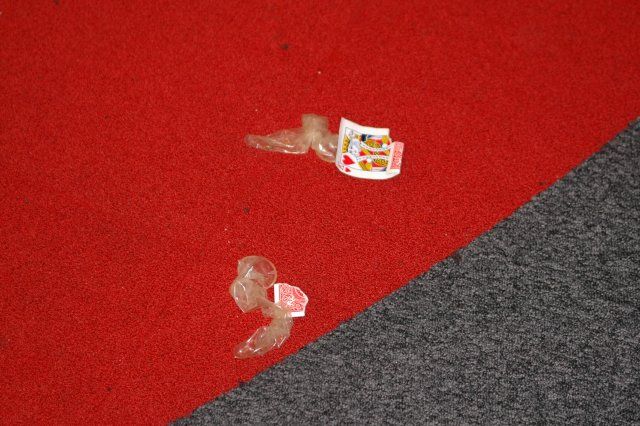 Howard played Hector Elizondo’s new PSA addressing safe-sex among the elderly and remarked that he didn’t know the elderly were still having sex. Robin said they were; she knew of a woman who treated her later years as if they were the “prime of her life.” Gary came in to mention one of Dominic Barbara’s old clients; an elderly woman who was turning tricks in an old folk’s home behind her husband’s back. Howard said his mother once told him that she wished she could be celibate, but she can’t since Howard’s father has “needs.” Howard was disgusted (and “creeped out”) by the comment – and again when he found condoms and candles in their bedroom. Howard then noted that he was grossed out when he saw his parents holding hands the other night, because it led him to think that they planned on having sex later.