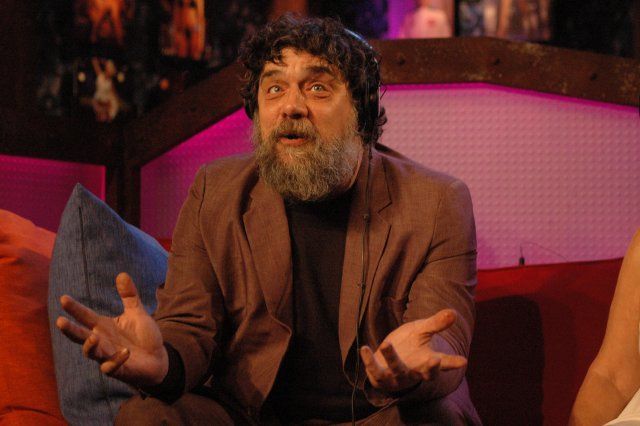 Ed claimed he was “pansexual,” like he thought he had heard George Takei say he was, but he was so drunk, no one could figure out what he meant. Howard then offered Ed the chance to play the Bigfoot game, in which Howard reads some questions and Ed has to guess whether Bigfoot would know the answer:

Who is Tom Brady? Ed: Bigfoot would not know the answer (because he didn’t know either, despite the NY Giants jacket he was wearing).

Bigfoot answered, “From the Brady Bunch?”

Who was Adolph Hitler? Ed: Yes.

Who is Alec Baldwin? Ed: Yes.

Bigfoot had no idea.

Who is Arnold Schwarzenegger? Ed: Yes.

Who is Artie Lange? Ed: Yes.

Bigfoot: “Somebody who plays on the Howard Stern.”

Ed then requested to celebrate his win by singing a karaoke version of “Part Time Lover,” but Fred claimed he couldn’t find the song in his database.