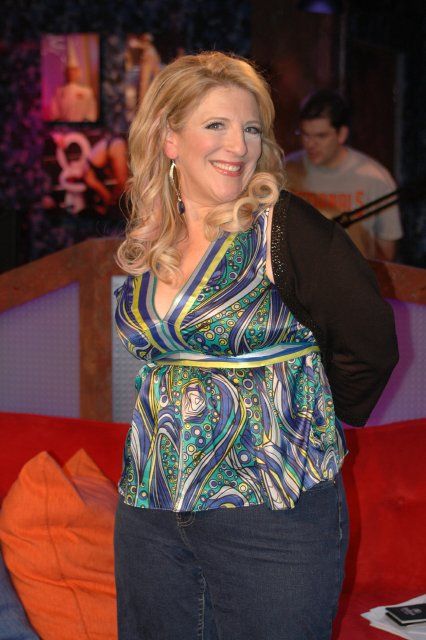 Lisa Lampanelli stopped by to promote her comedy album, which has been nominated for a Grammy. Lisa told the crew that she learned about her Grammy nomination while at her new home at the Canyon Ranch, a spa resort community in Arizona. Howard asked if she banged any of the spa employees, so Lisa confessed that she hadn’t yet – but she did recently score with one of the Chicago Bears’ rookies. Lisa explained that the guy pursued her through her Website, and she loved his kind Southern demeanor. Lisa added that his penis was so curved, it hurt her to have sex with him, but she liked when he asked mid-thrust if he was her “first NFL dick.” Lisa then told Howard how she wouldn’t mind losing to any of the other comedy album Grammy nominees except for “Flight of the Conchords,” because she hates “hip and cool.”

Howard asked Lisa about the Gene Simmons Roast, and Lisa told the crew that she did the roast as a favor to Shannon Tweed. Lisa claimed that Donald Trump and a bunch of other cool people were supposed to be there, but none of them ended up coming – and she didn’t even get paid. Lisa then complained that Carrot Top and Ralphie May were there, and Steve O peed on the dais several times.