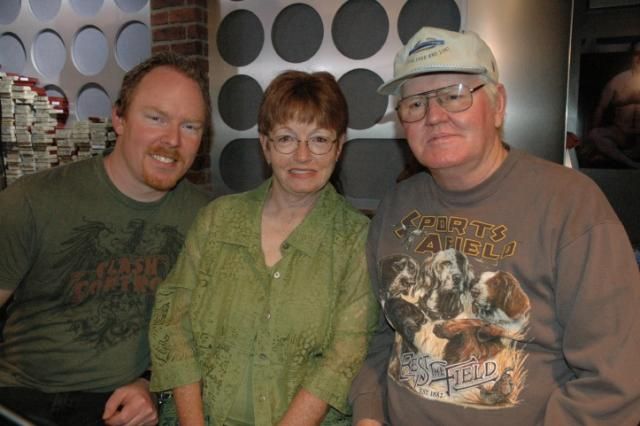 Photo: The Howard Stern Show
After a commercial, Howard reported Artie was in the green room sleeping, and wondered what he did the rest of the day that made him so tired. Howard then told Artie the only reason he had him woken up was because he had Ted Nugent, someone who supported the hunting of animals, and Sam Simon, a vegan of 35 years, on the line to discuss his potential hunting trip with Richard’s dad, Tom. Sam noted he didn’t think Artie should hunt given the fact that animals both suffer a great deal when hunted and sometimes are merely wounded and not killed when struck. However, Ted claimed 90 percent of animals “hit” while hunting with a bow and arrow are killed, while another 8 percent allegedly survive like nothing happened. Because Ted compared hunting to the way animals harm other animals in everyday life during his argument, Sam noted the situations weren’t analogous, and insisted Ted was just adding more “suffering in the world” through his actions.
Previous Show Next Show