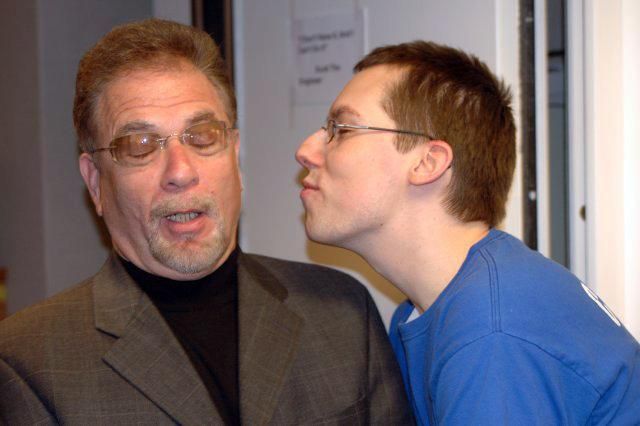 Howard said JD e-mailed him last week asking if he could be Ronnie the Limo Driver’s assistant in planning his potential bachelor party, which brough JD into the studio to explain his request.

However, JD acknowledged he had “no idea” what “assisting” Ronnie would consist of, who also entered to deny Robin’s claim that all he did to arrange the parties was call Lonnie from Scores.

Howard then commented he’d let JD be the coat checker at the party, while Artie acknowledged he once set up a bachelor party, and added he thought it was “a shitload of work.”

Howard went on to say Ronnie was recently at Scores “scouting” the women for the party, and JD was angry he wasn’t invited. JD then admitted he was “infatuated” with one of the club’s “dancers,” Celeste, and Richard reported JD got mad at her on Friday after she left him to give someone else a dance.

When Ralph called in to question how JD would help Ronnie, he again insisted he didn’t know. As the conversation about the bachelor party wound down, Howard admitted he was thinking about not even attending it, even though Gary and Artie insisted he had to show up.