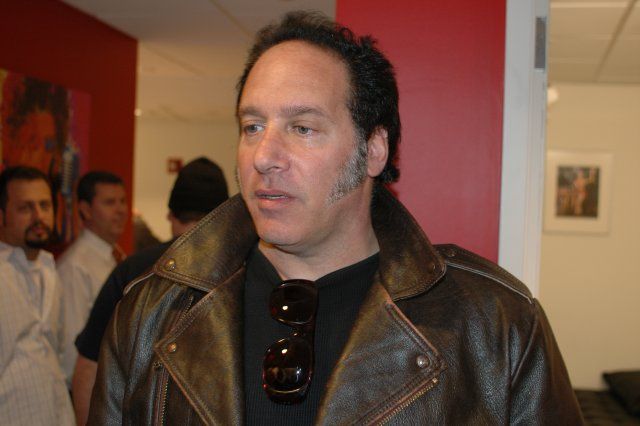 Dice congratulated Howard on his recent engagement, adding he too was now engaged, even though he did so just so he could put off getting married for 10 years. Eleanor, Dice’s fiancée, then got on the line and insisted he was “wonderful in bed,” but was interrupted by Dice, who insisted she “aggravated” him because she wanted to come with him to the show this morning.

Dice proceeded to joke he preferred his relationship with Eleanor before they moved in together, and also admitted the two “talked a lot” when he was separating from his wife. Although Dice and Eleanor continued to yell at each other, both insisted they didn’t “hate” each other.

Because Eleanor used to be a professional wrestler and still kept in shape (by taking jumping up and down classes according to Dice), Howard asked her if she was upset that Dice seemed to “let himself go,” but Dice responded his weight gain was because of his age, which he said was 49.

Dice reported he was married twice before, and that his first marriage was extremely short-lived.

Dice went on to say he broke up with the woman because she “accidentally” cheated on him. Eleanor then accused Dice of being “a paranoid schizophrenic,” which led to another heated exchange. After seeing a picture of Eleanor and saying he found her “hot,” as well as after listening them to debate,

Howard advised Dice to let her come with him the next time he came to New York. When Eleanor next commented that Dice enjoyed phone sex, Howard tried to get the two of them to talk dirty to each other. Following a few lines, though, Dice noted he couldn’t have phone sex on the air, so Howard took his place. However, Eleanor told Howard that she’d only have phone sex with her man, Dice.