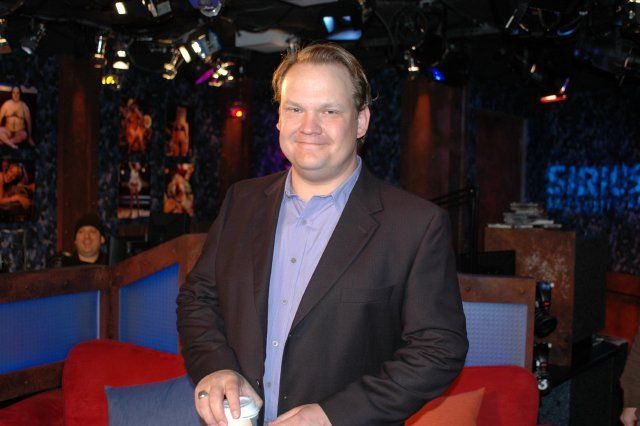 Andy Richter stopped in, and Howard began the interview by talking about Artie’s sitcom development deal with Fox, and how he wanted to be on his own show. After Artie acknowledged that was, in fact, his dream, he also said the development deal was “the best deal ever” because he got paid for it without having to do any work. Andy then commented people with development deals had to be presented with three sitcom proposals, and warned Artie that, if its producers didn’t want him, he felt the offers would all be “sh*tty.”

Time Makes It All Better

Howard admitted he was critical of Andy when he decided to leave “Late Night with Conan O’Brien,” but, because of his subsequent sitcoms, he’d since changed his mind. Andy responded by saying he appreciated his time with Conan, but that he didn’t want to turn into the next Ed McMahon, adding his aspiration was always to be “a comedic actor.”

Andy recalled how he didn’t have to audition for “Late Night,” noting he met Conan at a deli in Los Angeles and hit if off with him from the start. Andy proceeded to acknowledge he didn’t think the initial episodes of “Late Night” were very good, and that he even got that vibe from the show’s interns as well. However, Artie pointed out he thought “Late Night” had become many comedians’ favorite late-night show, so he believed the awkward phase passed quickly.

Andy also said Conan was often subjected to meetings with people who thought they knew how to “fix” “Late Night” when it was struggling, and that he knew Conan was single-handedly blamed for its initial lack of success. Andy then mentioned the weirdest thing about sitting on the couch on “Late Night” was looking at the plastic surgery men had, naming Kenny Rogers as the most glaring example.

Howard thanked Andy for mentioning how much he liked the show in a recent edition of Entertainment Weekly, and Andy told him he said what he did because he and his wife listened to the show all the time. Howard went on to say Andy’s wife also thanked him in the piece for “helping her with her recovery,” and Andy explained the remark had to do with how she tuned into the show all the time when her she was suffering from detached retinas and she had to recuperate for more than a month

Ready for the Big Night

Andy mentioned his new sitcom, “Andy Barker P.I.,” was Conan’s idea, and that it mixed crime stories with jokes. Andy then said he had to work on the show 13 hours a day because of his writing involvement, and added the crimes in the show were secondary to the humor. Andy next commented “Scrubs” was the lead-in to “Andy Barker P.I.,” and thought its good ratings would help his show.

Andy then reported he and Conan were still friends, and that Conan actually sat in on the writing session of the premiere episode of “Andy Barker P.I.” Andy added he wasn’t sure if Conan would end up hosting “The Tonight Show,” although he’d heard Jay Leno was contemplating hosting a different talk show on ABC.