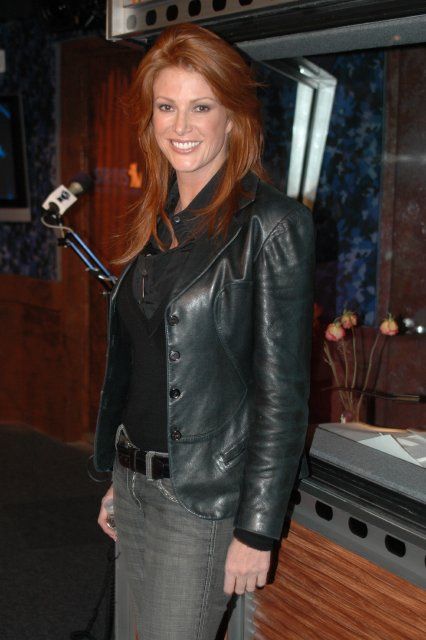 Angie then asked Robin if she was gay given her new friendship with Martina, but Robin laughed off the suggestion. This led Angie to say she liked men too much to ever get into women, and that she had no problems hanging out with her attractive female friends.

Jealousy on Both Sides

Howard recalled how much fun he had with Angie, but admitted for the first time that it was her that actually “dumped” him.

However, Angie assured Howard that wasn’t the case, but that she needed to go back to California for work, and that she didn’t think a long-distance relationship between them would work.

Howard then acknowledged how jealous he got whenever Angie traveled without him, but she replied by saying she was “so in love with him,” and that she too was jealous of his relationship with Courtney Love at the time. Howard commented, though, that he didn’t remember being friends with Courtney back then, but also told Angie that he thought she looked so good that he wouldn’t have cheated on her regardless.

Evil Dave asked Angie what her stance was on Puerto Ricans, pointing out he thought they were “dangerous.” This led Angie to report the real Dave didn’t like her because of an appearance she once made on “Late Show.” Angie then said that, during her interview, Dave asked her if anyone had ever said anything rude to her in French – her second language – and she responded that a man once asked her, “Will you suck my…”

Angie went on to note she didn’t finish the line on the air, but Dave walked off the stage, returned five minutes later, and announced he was starting his interview with Angie over.

Although Angie commented she felt Dave was offended by her remark, Howard replied he had a different take, joking that he thought Dave was attracted to her and was merely trying to show off his “power.” Angie added the original segment was left on the show, and insisted Dave wasn’t joking when he got up, as Gary said Vinny Favale had suggested off the air when he called in to address the incident.