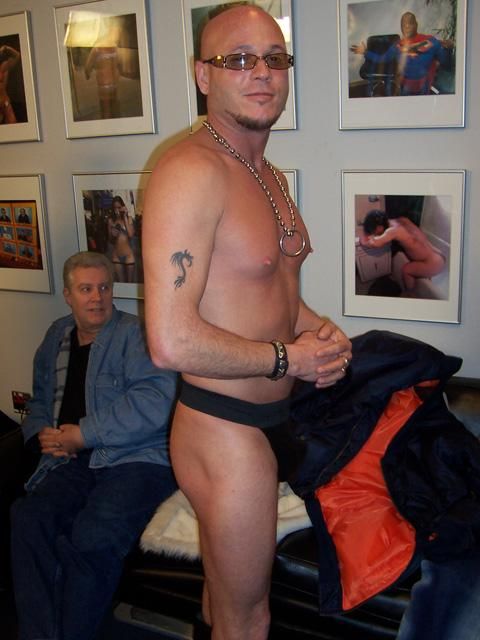 Howard began today announcing that they would be crowning a Miss Black Howard Stern later in the morning and launched into the pageant’s theme song to the tune of “There She Is, Miss America.”

Howard then took a call from Eric the Midget, who insisted he still wouldn’t “join the movement” as Howard played a spliced clip that Richard put together of Eric saying, “Vote for Sanjaya.”

Howard went on to note he fell asleep before the “American Idol” results were announced, but, when he woke up at 1:30 a.m., he couldn’t go back to sleep until he found out that Sanjaya had in fact make another cut. After Howard commented on how “hot” he thought Gwen Stefani was last night on “American Idol,” Eric discussed how he lived with a roommate who got free rent as long as he helped Eric “cook and clean.”

Artie proceeded to ask Eric how often he and his roommate had sex, and Eric replied that that never happened, adding that if he – Eric – ever had sex with a woman, at least he wouldn’t crush her.

This led Artie to laugh and ask Eric when the last time was he had sex with a woman, to which Eric responded, “Never.” Gay Ramone called in to talk about what he’d do if given the chance to be with Sanjaya and then promised Eric he could “convert” him if he was in the same room with him for “two minutes.”

However, when Howard asked Eric if he’d give Ramone a shot, he answered, “There’s not a chance in hell” and hung up the phone as Ramone started having phone sex with him.

Gay and Chinese Aren’t the Same

Howard read an e-mail from a fan who claimed he had a secret system that allowed him to vote for Sanjaya 14,000 times this week, and that he also planned on voting up to 100,000 times during upcoming shows.

JD then came into the studio to talk about clips he’d pulled from “American Idol,” and Howard asked when his family reunion was.

Eric then called back in and yelled, “That really pissed me off, you f’ing big-nosed piece of sh*t” at Howard while again pointing out he was VERY straight.

Howard told Eric, though, that he overreacted to what Gay Ramone said, and asked him if he would’ve had the same reaction had Ramone threatened, for example, to turn him into a Chinese person.

After Eric said he wouldn’t have been bothered if that were the case, Howard warned him that, whenever he called the show in the future, he’d always have Ramone on the other line waiting to have phone sex with him.

Ungrateful Until the Very End 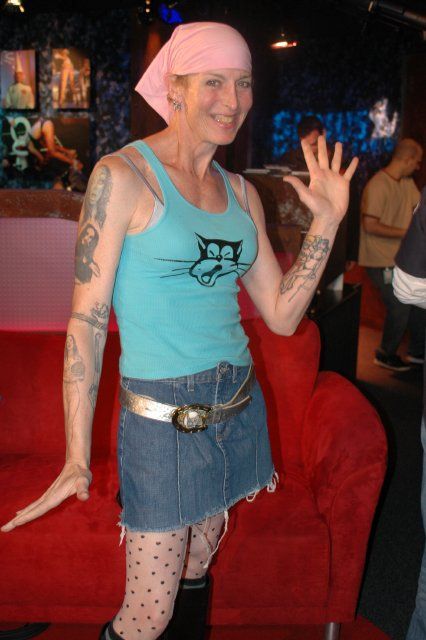 A number of listeners, including Siobhan the Transsexual, called in to report how many times they voted for Sanjaya this week, and Howard also played clips from various talk shows whose hosts were angry at Howard for “ruining” “American Idol” by pushing for Sanjaya to win the contest.

Howard then brought up a woman who had begun a hunger strike she claimed would last until Sanjaya was voted off “American Idol,” even though he added he figured the woman was still eating given her size.

When Howard went on to say he could’ve helped Eric attend and get air-time in future “American Idol” broadcasts had he been willing to vote for Sanjaya, Eric accused Howard of “taking credit” for things he didn’t do, adding he didn’t think Howard was really the one who made it possible for him to appear on the show, “American Dreams,” a few years ago.

Upon hearing that, Gary got on his intercom to say how angry he was at Eric for that remark, while Howard pointed out if it weren’t for him, no one from “American Dreams” would’ve ever contacted Eric about acting on the show.

Before Eric ended his call, Howard asked him if he would acknowledge Sanjaya’s title if he was named the next “American Idol,” to which Eric responded that, not only would he not do that, but he wouldn’t even buy Sanjaya’s CD or attend the “American Idol” tour either.