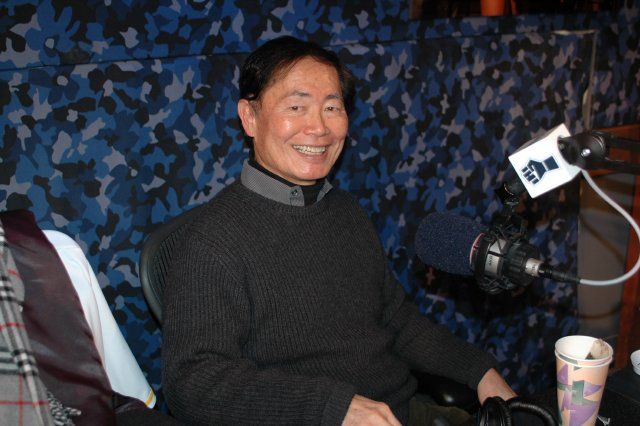 George announced he starred in a movie called “Ninja Cheerleaders,” recently where he played the ninja master, and he said he wanted to bring his three female costars into the studio to promote it this summer.