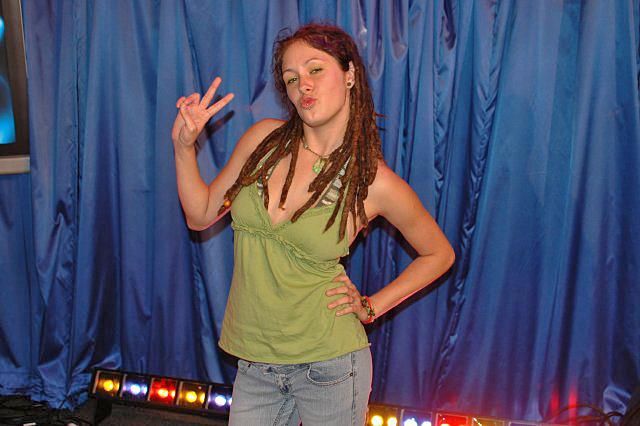 While he waited for Paul Mooney to arrive at the studio, Howard mentioned John Kerry was one person who was now saying Don Imus shouldn’t have been fired.

Robin then mentioned she’d left her booth to say hello to Miss High Times during the commercial, and thought she smelled like marijuana.

This led Artie to say he thought white women who had dreadlocks, as Sarah did, didn’t wash their hair in order to get that look, and Howard agreed with the assessment. Howard also wondered if Sarah dreadlocked “her hair down there,” but Artie responded that, if her hair was long enough down there to even think about doing that, he didn’t want any part of her.

As Howard asked where Paul was, Robin said people were wondering the same thing when New Jersey Governor Jon Corzine didn’t show up to mediate the meeting last week between Don Imus and members of the Rutgers women’s basketball team.

Artie then noted the vehicle that was carrying the Governor to the meeting before it crashed was traveling more than 90 miles per hour en route to the engagement.