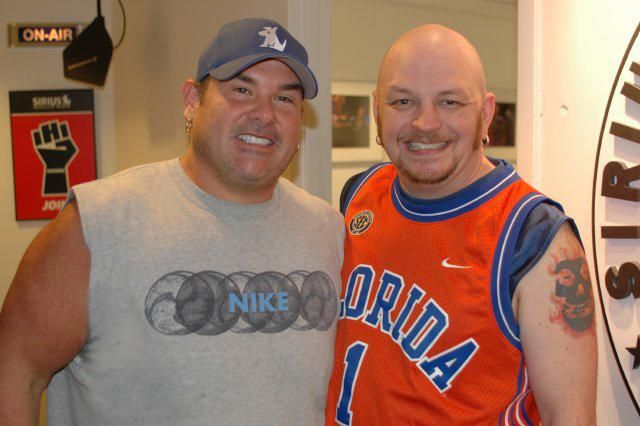 Howard started this morning talking about the call he made to Bubba the Love Sponge’s show yesterday to wish Bubba a happy birthday. Howard reported he talked to Bubba about the beginning of his own career at WWWW in Detroit, as well as how he was making $96 a week when he worked in Briarcliff Manor and the only place he could afford to live given his salary was in a monastery.

After Robin pointed out she was listening at the time and that she didn’t think many people were interested in hearing about Howard’s career path, he added the other topic Bubba was curious about was Artie’s health.

Howard then noted he informed Bubba that he felt Artie was “hungry for something,” and that only therapy would help him.

However, Robin again commented she believed Howard was “droning on” yesterday, and Howard told her that she should’ve changed the channel if she wasn’t entertained.

How to Liven Up the Show

Howard went on to say he knew it was “difficult” for Robin to hear him “work with another human being,” especially because she also called into Bubba’s program herself.

Before he addressed that, though, Howard played a clip from yesterday’s “Wrap Up Show” of Sal admitting that he thought the only reason Beth was with Howard was because of his radio career, even referring to him as an “entity.” Howard then got back to Robin and reported that, when she called into Bubba’s show, she revealed she and Mr. X had broken up, which he wondered why she didn’t do on his show.

Upon hearing the news, Artie acknowledged he’d miss Mr. X, but also thought Robin should’ve first talked about it on this show. Robin then explained she “didn’t mean to be a guest” when she called into Bubba’s show, but instead was merely calling in to tell Howard that he was boring her. Robin went on to say she thought her plan worked because Howard hung up immediately, while Howard added Robin called him privately to talk about her breakup after she finished with Bubba.

Different Outlooks Led to the End

Robin said she and Mr. X had been broken up for quite some time, and that she kept her mouth shut even when Artie and Dana were going through their own split. Howard proceeded to mention he’d heard rumors about Robin and Mr. X having potentially split – mostly because Mr. X hadn’t been attending any of the show’s social gatherings as of late – and that one person believed she took up race-car driving to deal with how upset she was over the breakup. After Robin laughed off Howard’s race car comment, Robin explained she and Mr. X had different ways of looking at life, with her being extroverted and active and Mr. X being quiet and more introverted, which she said was the main reason they broke up. Robin then said she decided to tell Bubba about her split yesterday when he brought up her sex habits with Mr. X because she didn’t want to keep the breakup a secret anymore. Following a call from King of All Blacks, Robin admitted she “couldn’t remember” the last time she’d had sex, but guessed that it’d been more than a year. Although Robin also acknowledged she was “back on the market,” she insisted she wouldn’t be putting another ad in Chocolate Singles, as she’d done in the past.

The Rev. Bob Levy got on the line to say he wanted to be the first person to “throw his hat into the ring” to be with Robin, but she replied she needed more time to get over Mr. X before she ended up with Bob.

When Howard then asked Robin if she’d be upset if Mr. X was with another woman, she insisted she wouldn’t be given how long their relationship had been over.

Artie went on to note he remembered thinking Mr. X was “hilarious” one night when they all went out to dinner because of the way he complained about everything, but Howard added he believed that night in particular was a sign their relationship was faltering. Robin responded by admitting it was that kind of behavior by Mr. X that led her to realize they weren’t meant to be together anymore, and that, while she liked going out, he preferred watching baseball, listening to jazz and smoking a pipe instead.

Howard proceeded to take a number of calls, including one from a man who reminded Howard that “the real issue” was that Robin told Bubba about her breakup before she told him, while another asked if she was contemplating announcing being a lesbian, which Robin assured the listener wasn’t going to happen.

Keep Believing What You Want

Gary came into the studio to say he called Sanjaya’s people to see if he’d come on the show, but hasn’t heard back from them yet. This led Howard to note he didn’t think Sanjaya had a sense of humor, and that he was in denial about the Stern Show’s role in his success on “American Idol.”

Artie then wondered if Sanjaya was considered “a sex symbol,” and Gary replied he was, but only to “13-year-old girls.”