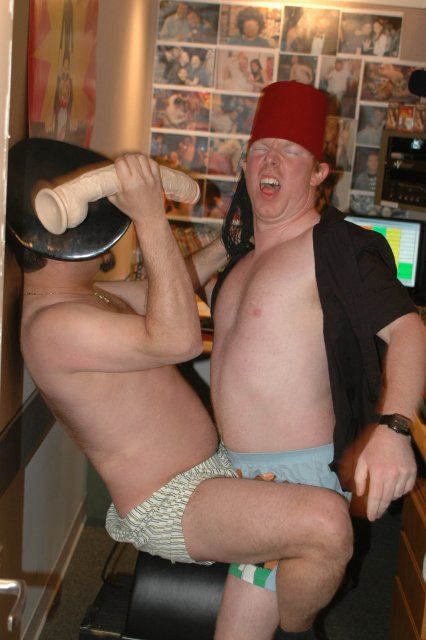 Eric the Midget called in to see if anyone voted on “American Idol” last night even though Sanjaya had been eliminated, and Robin responded, “Hell no.”

However, Howard acknowledged that, while he didn’t vote, he did watch the show, and was bothered by the video they showed of Simon Cowell going to Africa to visit starving children. Following a clip of Simon referring to what he was seeing in Africa as “hell on earth,”

In fact, Eric added he planned on returning the gay DVD to someone from the show during the Killers of Comedy concert he’d be attending in June.

As Howard ended Eric’s call, he pointed out Benjy hadn’t come in this morning, and Gary got on his intercom to say he didn’t know he was absent until Howard brought it up.

One Argument Is Enough

As Howard prepared to play a clip, Benjy came into the studio and said he was late because he’d overslept after taking “a bunch of sleeping pills” last night. Howard responded by saying he normally would’ve yelled at Benjy for arriving after 8 a.m., but added he wasn’t going to do that today since he’d already had it out with Gary.