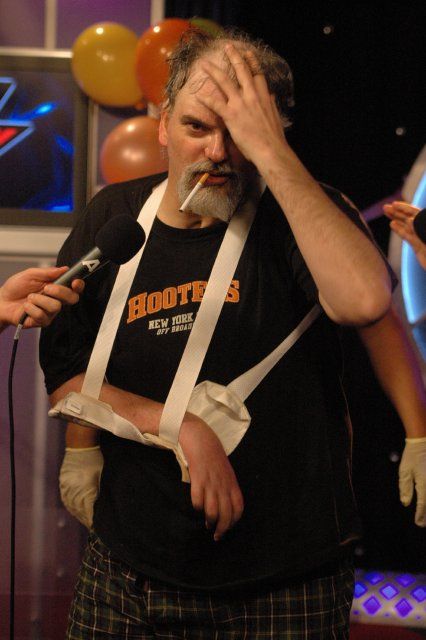 Jeff the Drunk called in from the hospital to report that he has been told he can no longer smoke at the hospital, but Howard mentioned he didn’t think people were allowed to smoke in hospitals in the first place.

After Jeff noted he used to smoke outside the building and now couldn’t do that, Howard wondered why Jeff’s speech was slurred, which he replied was because he was on morphine.

In fact, Jeff added he liked being in the hospital so much that he didn’t want to leave, and thought his doctors were trying to make his stay as uncomfortable as possible by keeping him from smoking so that he’d go home as soon as possible.

Howard then said he felt Jeff was “the most ungrateful” caller, but that he got the vibe from fans that they believed that title went to Eric the Midget. Eric proceeded to call in to make fun of Jeff – including asking him “how many tickets” were going to be on his trailer when he was released from the hospital – but all Jeff said in reply to his insults was “shut the f’ up.”