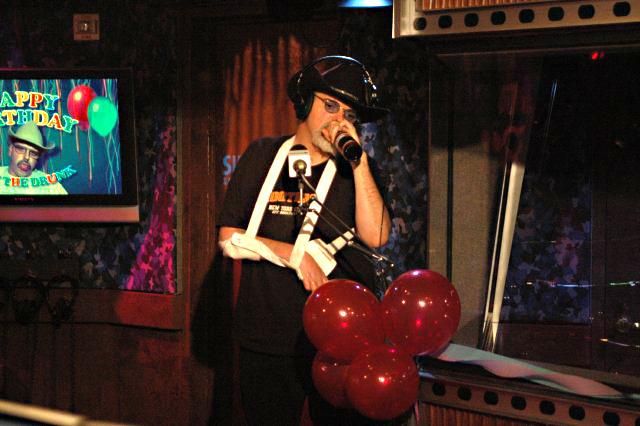 Howard said Jeff the Drunk was stopping by for his 40th birthday, but he didn’t feel like seeing Jeff because there wasn’t anything he wanted him to do.

However, after Howard added he’d be interested in watching get Jeff spanked 40 times by “a gay guy,” he asked Gary to head over to OutQ, SIRIUS’ gay channel, to find a gay man to administer the spanks. While Howard waited for Gary to reach the OutQ studio, Jeff came in and Howard suggested he cut off his dead arm so they could hang it in the studio. Howard then asked Jeff why he was always sweating, but Jeff had no answer. This led Artie to point out that he felt Jeff was “too gray for 40,” and Jeff noted he was 40 years old and one day “thanks to Tobey F’in Maguire,” which Howard explained was a reference to his decision not to let Jeff come in yesterday, which was his actual birthday, because he didn’t want him harassing Tobey.

When Howard told Jeff that a man was coming in to spank him, he responded that he didn’t care as long as the spanker didn’t touch his blister or “finger my asshole.”

This led Howard to point out he felt Jeff’s rear end would end up turning the gay man straight, while Artie added that he saw OutQ guys everyday, and he’d never been hit on by any of them. Howard then informed Jeff he was “bored with his birthday,” and told him to leave the studio and that he’d be let back in if an OutQ guy arrived.