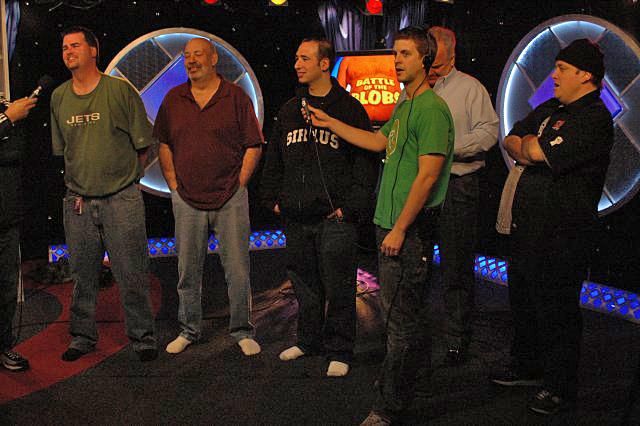 When the topic of the Battle of the Blobs came up while Lisa G. was in the studio reading Howard 100 News headlines, Howard commented that all the contestants would end up gaining their weight back, which he thought was depressing. Benjy then mentioned, though, that he’d never exercised as much in the past as he was now, and planned on sticking to his exercise regimen.

Scott the Engineer proceeded to come into the studio to claim he was going to do the same thing, while Jason, who’s in the lead going into the final week of the contest, reported he planned on losing an additional 30 pounds once the competition was over to get down to 195 pounds.

This led Howard to ask Jason how close he was to getting engaged to his girlfriend, but he refused to get into any details about the subject.

Lisa then brought up Riley Martin and his “pee jug,” and Artie remembered how he used to have to defecate in boxes when he worked in construction. In fact, Artie also remembered the time he was wiring a house with his uncle, and that his uncle took a swing at him when the owner of the house discovered Artie had forgotten to flush the toilet after crapping in it.