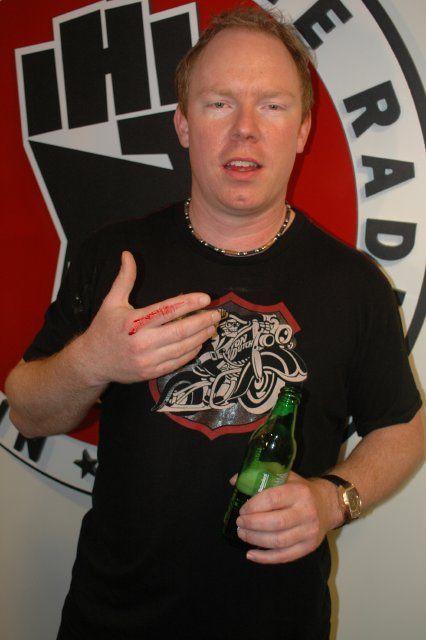 Howard asked Richard if his parents, who live in Kansas, were all right after the tornado that hit there last week, and he reported they lived several hours away from the town.

Richard went on to the difficulties he experienced flying back from Los Angeles yesterday, explaining the plane he was flying in had to make an unannounced stop in Salt Lake City in order to refuel, which added three hours to the flight.

Richard then acknowledged he had his liquor cut off during the flight because he’d consumed so much alcohol, and that he also defecated and masturbated – twice – while in the air as well. However, Richard made sure to point out the only reason he pleasured himself two times was because he wasn’t allowed to drink, and needed a way to ease the fear he had of flying.