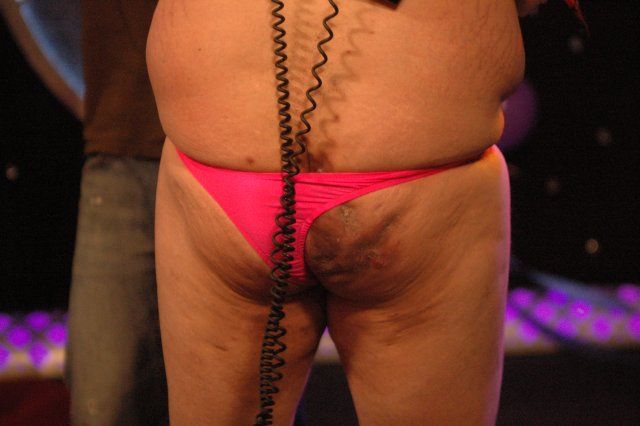 Howard played a phone conversation Will had yesterday with Jeff the Drunk, who said he had to have the dead tissue on his rear end operated on, and that he was going to be in the hospital for a week-and-a-half and didn’t know how he was going to pay for it.

Jeff then mentioned his doctors advised him last week not to go to Baltimore over the weekend, but he went anyway. In fact, Jeff said he visited Scores Baltimore while there, and insisted the women there enjoyed dancing for him.