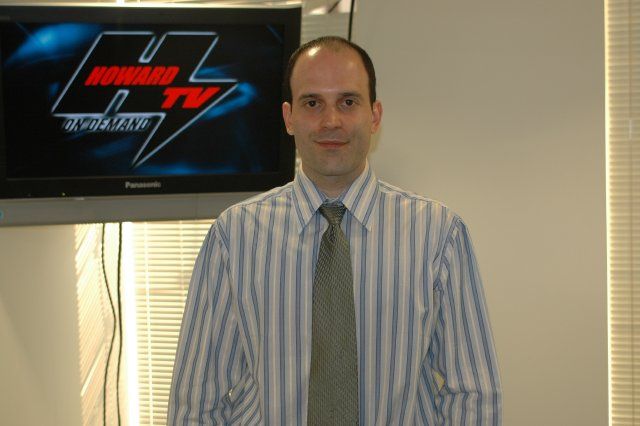 Robin thanked Sim for coming in, and Howard claimed that Sim had sent Robin running back to Mr. X. Robin said Sim wasn’t that bad. Howard asked if Robin would rather date Sim or JD, and Robin chose Sim, leading JD to say he didn’t care what Robin thought. Howard asked why JD didn’t work on his “look,” and JD said that he had other things to worry about, like student loans. Howard told JD that there’s a girl out there for everyone, even him, although his might be in an insane asylum. Howard apologized to Robin and promised to find a man for her. Artie asked if Robin would rather date Sim or Richard. Robin chose Sim. Howard asked Robin to choose between Sim and Jason. Robin chose Jason, but said “if sex was involved, I’d have to kill myself.” Robin then went on to pick Sal over Richard, Benjy over Sim, Ronnie the Limo Driver over Sim, and finally, Chris Benoit over Sim.