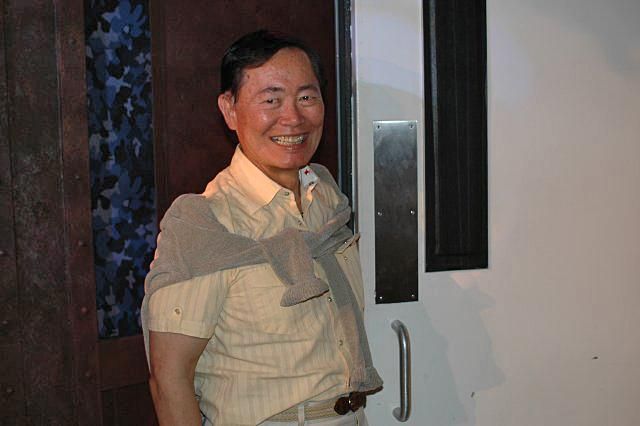 Howard welcomed everyone back from vacation and remarked that he was feeling himself as he had done a great job shaving his balls. George Takei then said hello, announcing that he’d be there all week, and claimed that he didn’t trim his pubes at all, which surprised everyone.

George said he went gray “down there” first, and he’s been “au naturale” ever since. George then noted that he was presented a “quality award” last week by Leonard Nimoy at a Gay & Lesbian Association event, and Leonard gave a “touching” speech.