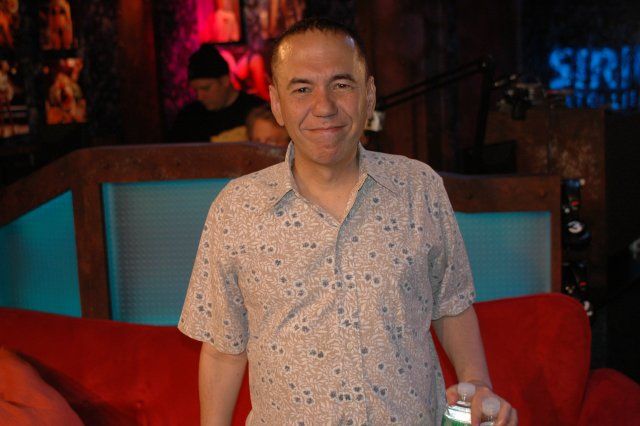 Gilbert claimed only hacks work “baby material” into their acts after having a baby. Robin asked if Gilbert was even present at the birth of his daughter, and Gilbert said he was there, but he just looked at the ground. Howard asked if Gilbert’s baby girl looked like him, and Gilbert replied that his daughter did not suffer seem to suffer from “the Billy Joel curse.” Gilbert confessed that he has not had sex with his wife since the birth of “Lily.” Howard and Robin asked if Gilbert shared any tender moments with the baby, but Gilbert wouldn’t answer. Gilbert said he had the baby because “it was just something to do.” George felt Gilbert’s parenting style and attitude were deficient, so he offered his babysitting services, and Gilbert accepted. Sour Shoes then called in as Gilbert’s baby to ask “where did Hitler go wrong?” Gilbert told the crew that he accidentally deleted the information for anyone who signed up for a membership on his Website, so they’ll have to re-sign up. Howard replied that Gilbert might need to get better people to run his Website. Gilbert admitted, once again, that he was too cheap.