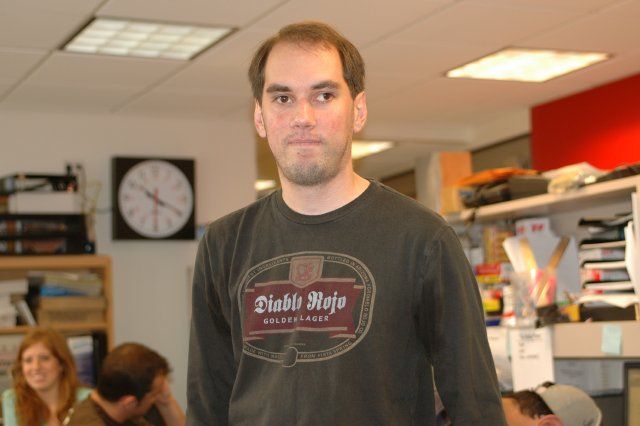 Steve Langford reported that pictures have surfaced of High Pitch Mike’s solo trip to Disneyland, so Mike came in to say he also had a single ticket to this year’s American Idol Tour because he’s a “Fanjaya.”

Gary reported that a lot of staffers invite Mike to do things, but Mike has no phone other than his hard line at work, so it’s impossible to get a hold of him. Howard added that the staff thinks Mike has a crush on Sanjay.

Mike replied that he didn’t have a cell phone or a crush on Sanjaya. Richard came in to say that he invited Mike to come to Coney Island with him, but Mike could only go if Richard called him before 7 because that’s when he was leaving work (and his only phone).

Mike said Will was the only staffer to ever ask him to do anything, adding that JD had a get-together last weekend and he was not invited. Richard then showed the crew a picture Mike took with Sanjaya, and everyone laughed hysterically.