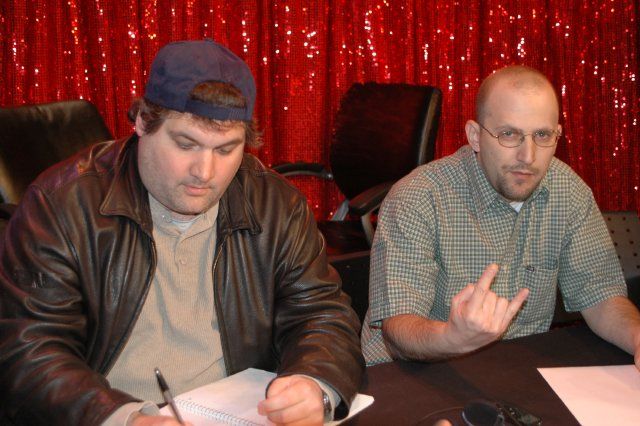 Shuli came in to complain about Artie calling the Killers of Comedy “The Hack Pack” on the RawDog comedy channel.

Shuli claimed Artie didn’t have to trash them on air, but Artie explained that if he did it off-air, it would be worse.

Artie said he was just joking, noting that he always booked the Killers to open up for his comedy shows. Sal and Shuli continued to whine about Artie’s comment, so Artie began to shut down.

Artie explained that he was going to host the centerpiece of the New York Comedy Festival, but he will no longer book Shuli, Sal, or Levy to play the show. Artie said they all only made money because they were on the show, so they should just acknowledge that no matter what they call each other, they’ll still make money.

Artie then claimed Shuli’s “Shalom, Biatch!” catchphrase was douche-y, so Shuli shot back that Artie’s stand-up material was ancient.