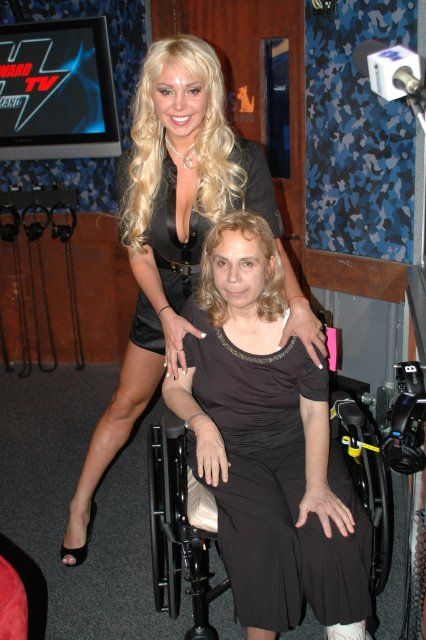 Howard brought in Mary Carey and her mom, Judy, who had recently tried to commit suicide. Mary claimed she wasn’t in very good shape because she’s been dealing with her mom’s recent troubles. Howard asked Mary what her mom suffered from, and Mary said schizophrenia and bi-polar disorder. Judy insisted that she wasn’t retarded (as Mary had once claimed), just schizophrenic, and said she knew her daughter was a porn star. Judy explained that she jumped out a window because she hadn’t taken the medication that ensures her mental stability for a couple of days. Howard asked what Judy thought about when she was falling, and Judy replied that she thought it was fun and didn’t really think about anything. Mary claimed Judy had gotten smarter since her fall, and Judy admitted that Mary was probably right.