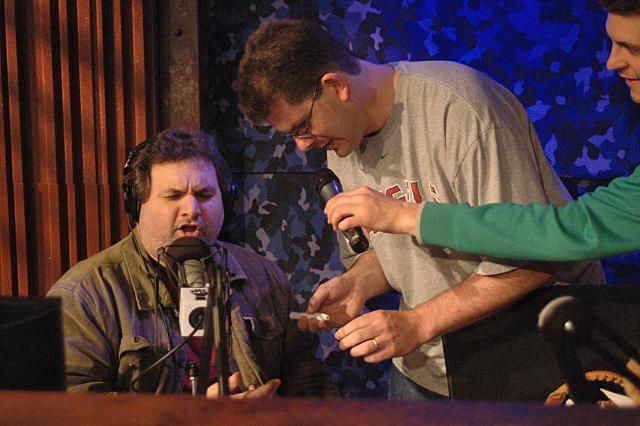 Howard started the show asking Artie how yesterday went after giving out his phone number on the air. Artie said he couldn’t even get through to his voicemail for five hours, but when he finally did, there were 116 messages.

Howard asked if Artie was sorry he did it, but Artie said no, as he changes his phone number every 6 months, and he was due.

Artie picked up the phone twice about a half hour before leaving for work, and both callers told him to get to work before he was late. Howard reported that Jon Hein thinks Artie will be a diabetic within a year.

Artie acknowledged that Jon was probably right and claimed he’d try to start working out soon. A caller asked if he could go to Vegas with Artie, JD, and John the Stutterer.

Fred suggested that Artie take High Pitch Mike instead, but Artie didn’t think the trip was enough to make Mike happy. Another caller asked Artie to give out his number again, so Artie repeated it for him [but it has since been disconnected, so you can stop calling].