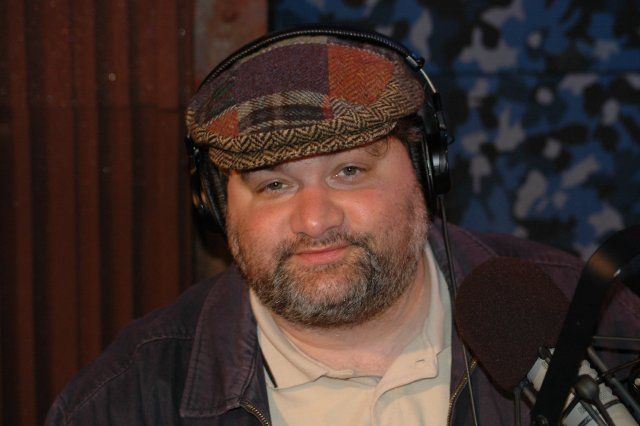 Artie said his weekend was better than Richard’s, even though he had to hang with JD, which was “actually fun.” Artie admitted that his “powers” didn’t work for John the Stutterer as well as they did for JD.

Artie said he was written into the final episode of the “Rescue Me” season, so he couldn’t leave for Vegas until Friday. JD and Teddy were already in Vegas on Thursday, but due to flight problems, Artie didn’t get there until 1am Friday night.

Immediately after touching down, Artie called up the girl he hooked up with the last time he was in Vegas, but she wasn’t around, so she offered to send a friend.

At noon on Saturday, the friend, a brunette, showed up with odd (Bo Derek in “10”-style) braids in her hair. The girl wanted her “gift” up front, so Artie shelled out and had a “weird” time for about 8-10 minutes.

After the sex, the two slept until about 7pm. When Teddy finally managed to wake them up, the girl, who had “a really hooker-y name,” began arguing with Artie, claiming she was going to call the National Enquirer.

But JD Did Better

Artie gave “Ho Derek,” as he called her, an extra $300 to leave and went downstairs to meet his friends and family at Nobu. In the middle of dinner, “a really hot blonde in a sundress” that Artie had arranged (through an intermediary) for JD, came up to the table and began hitting on JD. Artie said she was distracting other diners, so JD got the hint and left with her.

Artie claimed that JD “was gone for 18 minutes tops.” JD came in to say he didn’t last very long, despite the fact that his new friend had a tattoo of a dollar sign in her cleavage. JD said he tried to have “a real conversation” with the girl, but instead of answering his questions, she started taking her clothes off and talking dirty. She proceed to blow JD for a little bit and then had sex with him.

JD confessed that he’d actually had sex with a girl on Friday as well, but she wasn’t a pro. JD didn’t really want to discuss his Friday girl, as she had a boyfriend, but did admit that she was a superfan who drove out to meet him.

JD claimed she was even hotter than the girl he had the next night.