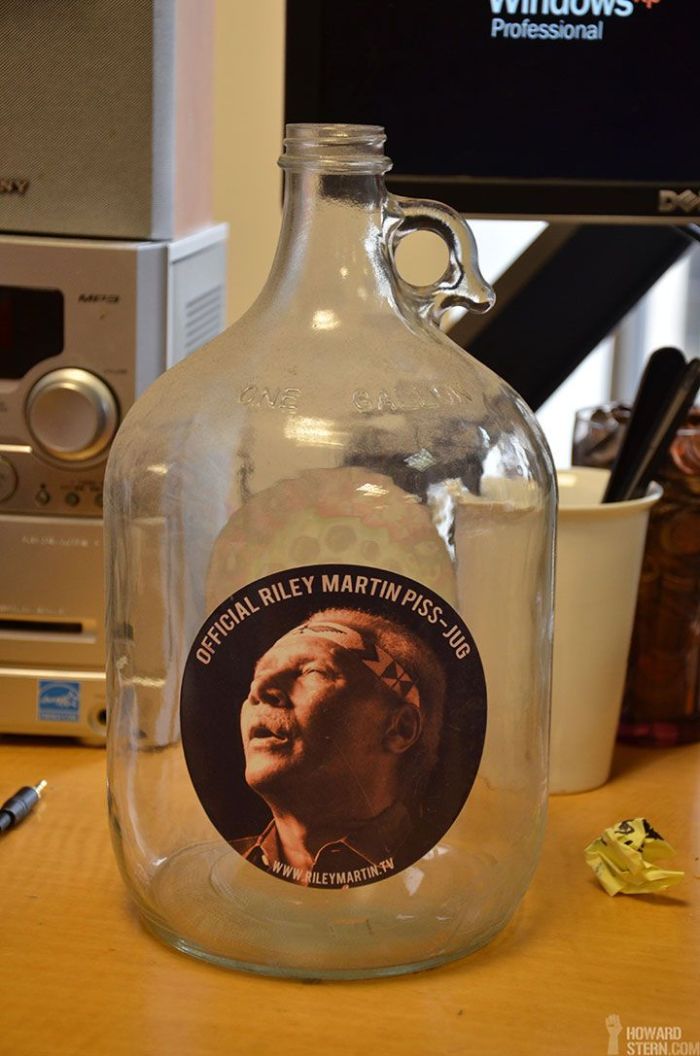 Howard revealed that he peed his pants over the weekend because he tried to relieve himself into a water bottle while riding in the limo. Howard explained that he got some pee on his pants in the process, but managed to change into a spare pair before a sleeping Beth woke up next to him.

Ronnie came in to say he knew that Howard has peed into a bottle on numerous occasions, as he has had to clean the pee of the rear of the car where it sprays after Howard dumps the bottle out window.